6 Lessons Learned From 3 Months In China

China is a fascinating and rapidly changing country. Old customs and habits hang on as modern skyscrapers go up every second, the country becomes more of a global powerhouse, and people from around the world move there. Last year, my friend Scott Young, best known as a learning hacker who learned MIT’s entire computer science program in one year, said to me, “I’m going to travel the world for a year and learn languages.” I was thrilled with the idea! Today, he shares what he learned while living in China for three months — and how the media portrays countries is often very wrong.

Recently my friend Vat and I finished a three-month stay in China. The plan was, with minimal preparation, to arrive in China and speak as little English as possible, in order to learn Mandarin Chinese.

The trip transformed my perception of China, from the unfair image it sometimes has in the West. In this article, I want to share the biggest lessons I learned about China, life, and travel from that experience.

Once you’re interested in the local culture, people open up more

Originally Vat and I hadn’t planned on going to China at all. We were warned that China might not be the best place to meet friends, because people were unfriendly to Westerners. Instead, we were told to go to Taiwan.

Some visa complications made it impossible to stay the full three months in Taiwan, so we switched to a three-month stay in China at the last minute.

From the first day I arrived in Kunming, I had my perceptions flipped. Far from being insular and hostile to foreigners, people came up to talk to me the first time I went out on the street. It happened to be all in Chinese, so I didn’t understand much, but it did cause me to rethink my assumptions.

As my Chinese improved, this continued throughout my stay, from my landlord introducing me to people who could help us learn Chinese, to getting to know the couple who ran a noodle restaurant nearby.

If you’re interested in other people, their culture, and their language, they’ll be friendly to you. China isn’t an exception.

Don’t judge a country by its media coverage 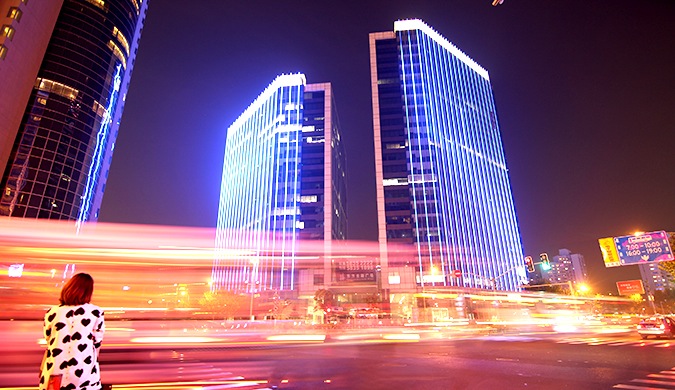 I saw a very different kind of China. Kunming, where I lived for most of my stay, wasn’t polluted. I had frank conversations with Chinese people about communism, Tibet, and democracy. Some sites are blocked, but China has its own versions of YouTube, Netflix, eBay, and Google.

China is still developing, but the economic growth means that most people have seen their living standards improve rapidly in the last 20 years. People I spoke with were generally optimistic about the future.

Everything is food here 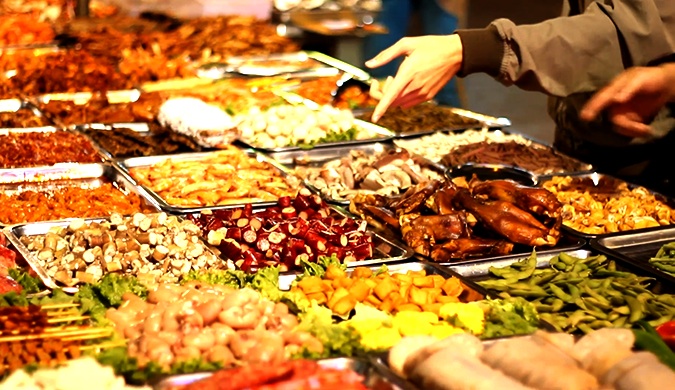 The relationship with food in China is fascinating, and I was amazed at the diversity of ingredients and flavors.

Chinese food in China, on the other hand, is some of the most varied food on the planet. Not only does regional diversity mean food can change completely from province to province, but nearly every imaginable ingredient finds its way into some kind of Chinese dish. Chicken, pork, beef, and vegetarian dishes are all options, of course, but where else can you eat fried insects, try stewed frog, or shop at a Walmart selling live turtles?

Food is also an avenue for connection. In the West, each individual has his or her own plate, separate from others. In China, each person has a bowl of rice and eats directly from shared plates in the center. While this style of eating makes it hard to dine individually in some restaurants, it creates a communal feeling, making food more than just nutrition.

Chinese is both incredibly interesting and extremely difficult 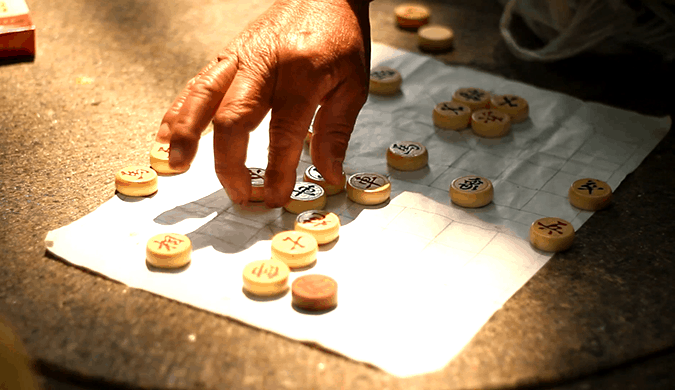 I won’t lie to you, learning Mandarin Chinese was a struggle. Thousands of characters, with many almost exactly alike. For example, try and spot the difference between these two characters:

Chinese is a tonal language, which means that the intonation doesn’t just change emphasis but also what words mean. My friend went to a restaurant and attempted to order “shu? ji?o” (boiled dumplings) but instead ordered “shuì jiào” (go to sleep).

While the Chinese language, like China itself, may seem daunting, it hides one of the most interesting linguistic systems on the planet. Chinese words have a tendency to be built up out of simpler pieces, like building a sentence out of Lego:

With great difficulties also come great rewards. Learning Chinese may have been mind-bending at times, but it also allowed Vat and me to interact with completely different people in China than an English-only perspective would allow.

Near the end of our stay, I conversed over tea with a tattooed Buddhist. Together we talked about Tibet, religion, and cultural differences. That conversation would never have happened had I refused to learn any Chinese.

You can count to 10 with one hand

The language differences extend even to simple gestures. The Chinese, for example, have a system of gestures for counting all the way up to 10 with just one hand.

If you’ve only been counting to five with one hand, you’ve been missing out. The Chinese have a system for counting 6, 7, 8, 9, and 10 all with just one hand. Months after leaving China, I caught myself using this method to count things while I held a book with the other hand.