4 Amazing Concept Stores from Around the World

Whether it’s beach bum, eco-friendly, or high-end luxury, having a concept has become mandatory for a store to succeed in a competitive market of creativity and vision.

Concept stores build a brand, tell a story, and take consumers on an adventure – and for businesses, it is the sure fire way of establishing your brand name on a global design platform. Everything from the architecture of the building, the design and décor, and product placement play an important role in building a concept store. And there are varying kinds as well: digital, brand, theme, pop-up, combinations, and some are so distinctive they don’t fit into any particular category of a concept store.

Below are four concept stores that fit the perfect pieces of a puzzle together to create an incredible, for lack of a better word, concept. Rem Koolhaas is a famed Dutch architect who designed his United Nude concept store for his very own brand of shoes. Combining his love for both shoes and architectural pieces, the concept store is a blend of a museum-worthy architectural structure called The Wall of Light using his new line of shoes as the main pieces that bring it altogether. The store itself is dark other than the one wall span of changing LED lights showcasing the products – and the end result is breath taking.

One of the only concept stores taking up two floors of an apartment building, HAY House showcases their products in the environments they’re meant to be used in, allowing consumers to envision the piece in its intended setting rather than letting their imagination get the best of them. This could work in favor of, or against, the company, but they’re going for it and the concept store seems to be working for them so far. Selling household furniture, rugs, and accessories by HAY, a Danish design company, Hay House’s concept store also includes other design objects. From tables in the dining room to copper sponges in the kitchen, the concept store has a place for everything and everything in its place.

Unapologetically feminine, like Barbie herself, the 35,000 square foot Barbie concept store in Shanghai is everything you would envision it to be. Other than just Barbie dolls, accessories, and toys, shoppers are taken on a Barbie experience with life-sized dolls and Barbie-based clothes, jewelry, accessories, and make up among other things. The best part of the concept store is the spiral staircase that is enclosed by over 800 different Barbie dolls; when shoppers walk up or down the stairs, they themselves are encased in the spiral surrounding, like Barbie herself. 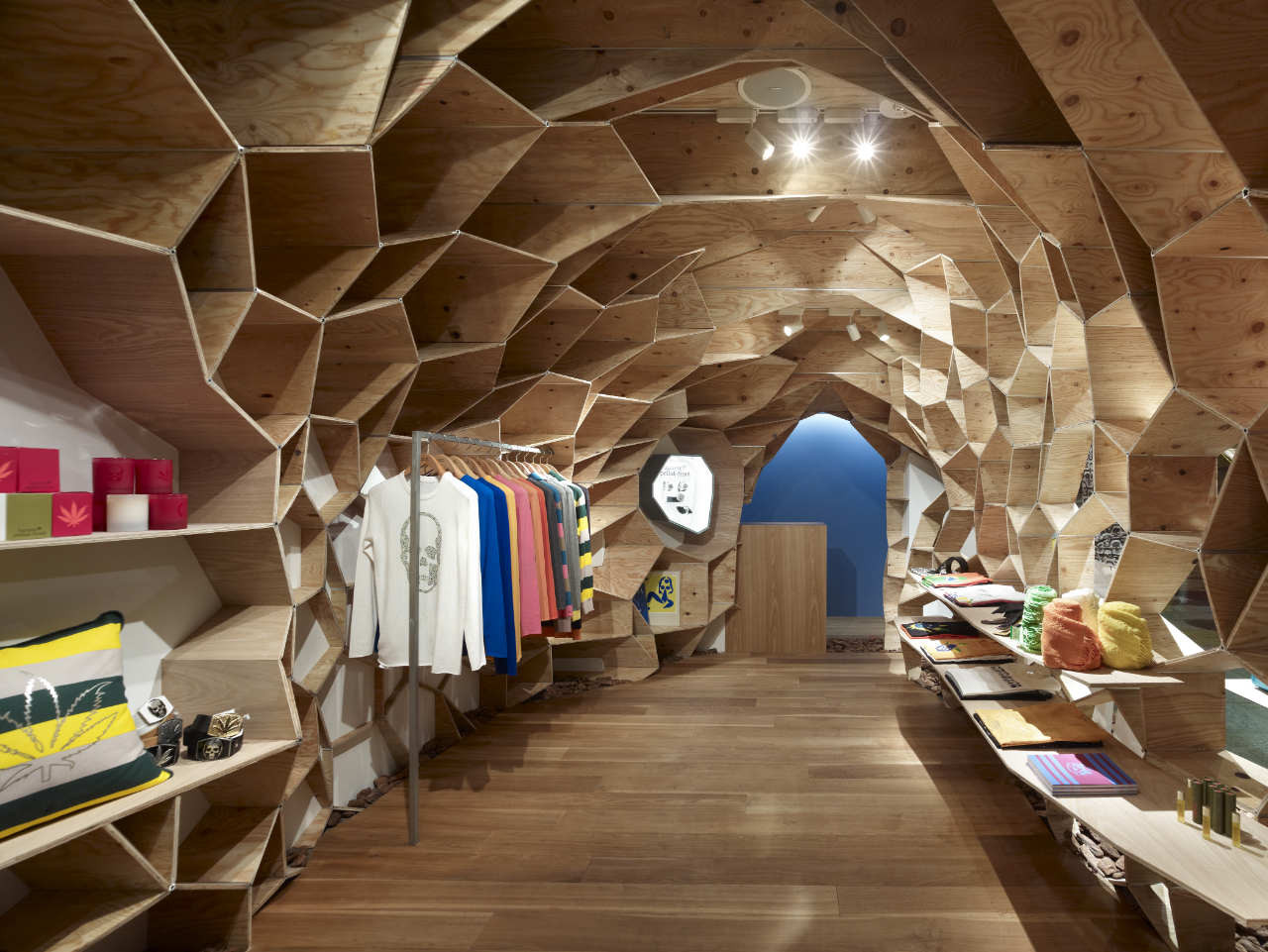 Lucien Pellat-Finet sells luxury cashmere and knit items; it is from this Kengo Kuma got the idea to design their high profile concept store in Osaka. The interior and exterior of the building is an organic patter created from plywood in an attempt to mimic the tenderness and coziness of the cashmere and knit items sold within. Going from home décor and clothing to plywood knit structures, this Japanese retail shop really bags the idea of a concept store.

As Richard Branson once said: “The brands that will thrive in the coming years are the ones that have a purpose beyond profit,” so putting your concept together and sticking to it will yield much more than solely concentrating on sales.